Here at Broadoaks, we were over the moon a couple of months ago when UNESCO announced that the Lake District National Park was to be granted World Heritage Status! 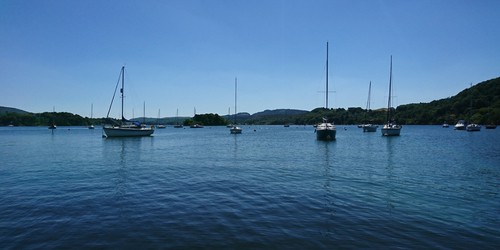 Here at Broadoaks, we were over the moon a couple of months ago when UNESCO announced that the Lake District National Park was to be granted World Heritage Status!

The news means that the area is now in the company of such world famous sites as the Taj Mahal, the Grand Canyon and Machu Picchu.

If you’ve visited us here in the Lakes you’ll need no explanation as to why it was chosen, with its outstanding natural beauty, which draws millions of visitors each year and has served as inspiration for countless writers and artists.

It’s the culmination of a campaign which has been running since the 80s, which will hopefully ensure that despite the amazing numbers of visitors we receive to the Lakes, the area will still be preserved and protected, to keep hold of the things which make it so special.

What is a World Heritage Site?

So what does being a World Heritage Site actually mean for the Lakes? The area is now one of 31 such sites in the UK to be recognised by UNESCO (the United Nations Educational, Scientific and Cultural Organisation), which aims to identify sites of cultural and natural significance and ensure that they are preserved.

What Will the Benefits Be?

And how will the area benefit from its new status? Well, firstly, it’ll give the Lakes much more international recognition, enhancing its reputation as an ‘A-list’ destination for travellers from around the world.

Of course, this will help to attract more visitors to the region, which it’s estimated could bring in an extra £20m per year to the local accommodation, food, drink and leisure industries.

The Lakes will also receive more resources from government and will also have much more of a voice on important issues in Parliament.

In addition, the crucial work of the local farming community will be recognised and protected, ensuring that this crucial aspect of the area’s culture isn’t lost.

On the whole, World Heritage status simply elevates the Lake District to a worldwide status and ensure that we’re all able to enjoy it for many generations to come.

Why Was It Selected?

We’re sure you already know how amazing the Lake District is, but why exactly was it chosen by UNESCO?

Of course, it’s home to some amazing scenery, as well as England’s largest lake (Windermere) and tallest mountain (Scafell Pike), but it has to pass a very specific set of criteria to be recognised.

Specifically, the area has to represent:

The combined works of nature and man.

The evolution of human society and settlement over time, under the influence of the physical constraints and/or opportunities presented by their natural environment and of successive social, economic and cultural forces, both external and internal.

So how does the Lakes qualify? There were three main reasons, the first of which was the continuity of the traditional farming industry which has survived in the mountains of the area for over 1,000 years.

The longevity of the industry, as well as the survival of local dialect and unique farming systems, all contribute to the unique character of the region.

The influence of the area on artists and writers was also taken into consideration, with William Wordsworth, Beatrix Potter and many more engaging with the landscape throughout the years.

Finally, the role of the Lake District in conservation was recognised, including its role in the creation of the National Trust movement and the inspiration for the designation of UK national parks.

If you’re interested, you can read the full Nomination Dossier which lays out the case for the area to be included at the Lake District National Park website.

We think you’ll agree that the award is fully deserved, so why not come and experience the Lakes for yourself and join us for an unforgettable luxury getaway here at Broadoaks Country House & Garden Suites.