10 Delicious Lake District Foods & Drinks That You Have To Try

The Lake District is well known for its beautiful fells and lakes, quaint villages and abundant wildlife. Here, we give you the low-down on 10 well known, and some lesser known Cumbrian specialties. 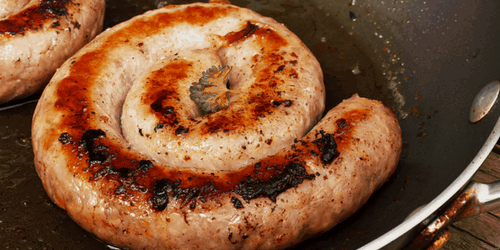 The Lakes offers breathtaking views and challenging hikes meaning many visitors focus their time mostly on outdoor pursuits during their stay.

However, the Lake District also plays host to a large number of award-winning and renowned culinary delights, along with some thirst-quenching beverages that should not be missed.

Here, we give you the low-down on 10 well known, and some lesser known Cumbrian specialties.

No list of Lake District specialties could ever be complete without Grasmere Gingerbread. Perhaps one of the most famous specialties in the world, this sweet treat has been around since 1854.

Originally invented by cook Sarah Nelson in the shop it still operates in, it quickly became popular throughout Victorian England and remains so today.

‘Neither a biscuit nor a cake, but somewhere in between’, this gingerbread perfectly combines spicy ginger with a sweeter hint.

Or, more specifically, Romney’s Kendal Mint Cake. Originally created by Joseph Wiper in 1869 by accident, after making a mistake when boiling sugar for some confectionary, Kendal Mint Cake has been owned by Romney’s since 1987.

This sweet is a firm favourite among the sporting elite, even helping Sir Edmund Hillary and Sirdar Tenzing to conquer Mt Everest.

This speciality, still named after the historic county of Cumberland, is one of the best-known foods produced in the Lakes.

Distinctive for its slightly spicy seasoned taste and long, coiled presentation, this sausage has even gained protected status meaning it can only be produced in Cumbria.

Cumberland sausage can be found in pubs and restaurants throughout the area and is not to be missed.

This award-winning pudding is handmade using 100% natural ingredients and sold from Cartmel Village Shop, the home of sticky toffee pudding.

Initially starting out over 20 years ago, this pudding has been praised by chefs the country over.

You can buy them online or in shops nationwide including Booths, Waitrose and Selfridges.

Herdwicks are a breed of sheep native to the Lake District fells.

Typically thought to be the hardiest breed in England, Herdwicks have been around for hundreds of years, with the name coming from ‘herd wyck’ meaning sheep pasture.

Perhaps most well known as the favourite breed of children’s author Beatrix Potter, these sheep graze on the high fells. Their lambs have a sweet and full flavour that is best enjoyed in late winter to early spring.

This malt is created by the Lakes Distillery, situated in an old Victorian cattle farm on the shores of Bassenthwaite lake.

The first ever British Isles blended whisky, this beverage combines whiskies found throughout the country.

With tasting notes of smooth, smoky, sweet, fruity and hints of spice, it’s best enjoyed over a chilled whisky stone with a touch of water.

This award-winning flavoured vodka is produced by Kin in Newby Bridge. Hand blended and only produced in small batches, it has rich caramel tones and a subtle kick.

You can enjoy it neat, over ice, or as part of a delicious Toffee Apple cocktail, blended with apple juice.

This brewery, located in the small village of Staveley, has been brewing beer since 2002.

Originally starting in an old barn in Hawkshead (hence the name) their award-winning success meant a relocation to bigger premises.

Brewing a variety of beer from pale ale to stout, there is something for all beer lovers here.

This gin is made to a traditional recipe from local damsons found in the Lyth and Winster valleys.

Produced in the beautiful Cowmire hall, close to Lake Windermere, the recipe uses Westmoreland damsons, a specialty of the area which are picked from the hall’s own orchard.

The damsons are steeped in the traditional way with cane sugar before being blended with London gin.

For those non-alcoholic drinkers out there, the Lakes also produces some of the finest coffee and tea in the country.

Made in Kendal, Farrer’s imports ethically sourced coffee beans from around the world before roasting and blending them in their local premises. They also produce various teas and drinking chocolates.

We hope this has given you some inspiration for some wonderful food and drink to seek out and try while visiting the Lake District. Don’t forget, if you need a place to lay your head, you should check out our luxurious rooms here at Broadoaks Hotel in Windermere.